Manchester cathedral was the location for an amazing evening of the classics performed by the London Concertante.

Perhaps your classical music knowledge is not up to scratch, well no need to worry, as, “The London Concertante boasts an impressive audience record in which an impressive 50% of spectators are first time classical concert goers!”  The London Concertante, brought together some of the finest composers of the Baroque and Classical periods, cleverly making the performance superb for avid regulars and newbies alike.

The “UK based chamber ensemble London Concertante regularly performs up to and over one hundred concerts per year, making it the busiest ensemble of its kind in the country. With their numerous recordings reaching great critical acclaim, the ensemble has continually been regarded as one of the finest groups in Europe since its founding in 1991.”

The chosen repertoire of musical melodies for the concert was Mozart, Bach & Vivaldi all performed by Candlelight.  Set within Manchester’s beautiful Cathedral, the evening was a breath-taking and mind blowing experience.

The programme included Mozart – Divertimento in F, Albinoni – Oboe Concerto in D minor, Bach – Concerto for Violin & Oboe in C minor, Mozart – Oboe Quartet in F, Vivaldi – “Winter” from the Four Seasons, as well as a few extra delightful pieces, a much-welcomed surprise!  Along with solo Oboe and Violin performances which were truly mind-blowing. 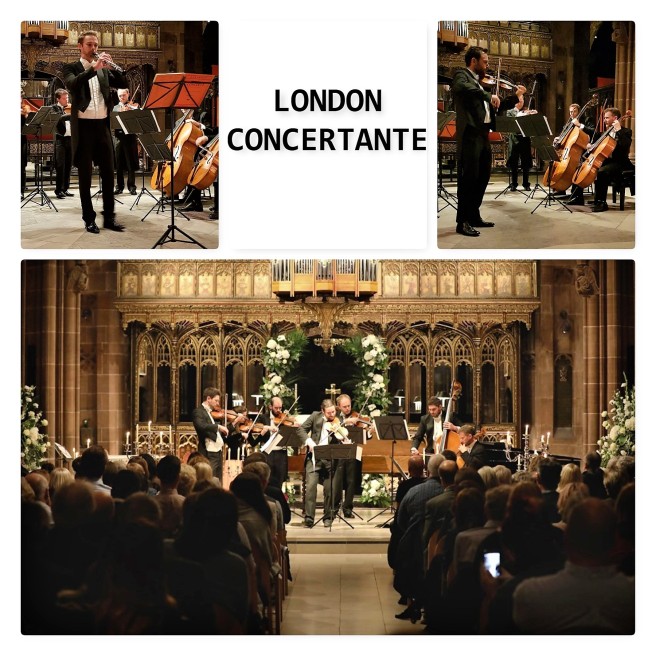 The chemistry, connection and cohesiveness, between the members of the London Concertante was a pleasure to watch.  Characterful, charming and charismatic chaps, with the lead speaker engaging and entertaining throughout, with mild anecdotes and jokes making the audience giggle with joy. Creating a poignant performance full of personality and pizazz.  The evening even included the London Concertante taking a selfie with the audience which was fun. 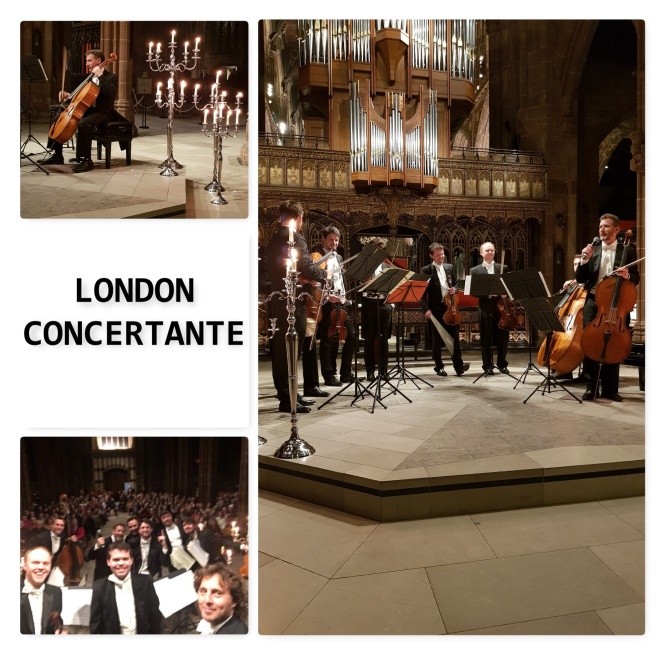 The London Concertante, has a fabulous flair and finesse, made to look effortless, resulting in sensational string play that captures the audiences heart and minds.  Pieces performed had energy, excitement, vibrancy, and were extremely catchy.  The grace and movement of the pieces had an immersive impact which quite frankly had me hooked until the very end.

Fear not though, as you have not missed out on the opportunity to see the London Concertante, as they return to Manchester for a festive concert on the 29th of December in addition to range of other concerts at various locations throughout the UK.

Thank you for reading 😊

76 thoughts on “Mozart, Bach & Vivaldi by Candlelight presented by the London Concertante at Manchester Cathedral #Review”

This site uses Akismet to reduce spam. Learn how your comment data is processed.