The three musketeers, Henry Dimbleby, John Vincent and chef Allegra McEvedy, aka the founders of Leon Restaurants, have combined their wealth of knowledge and skills to take the world by storm with their fab fresh fast food philosophy and started their own foodie revolution.

In 2008 Allegra was awarded with an MBE for services to the hospitality industry.  He was described as “a caterer with a conscience” by the Independent, has over 20 years’ experience and has worked as a broadcaster appearing on Channel 4, The Good Food Channel, BBC and has published 6 cook books.

Henry’s expansive background includes being a commis chef with Michelin-starred chef Bruno Loubet, a gossip columnist for The Daily Telegraph, appears as a regular panellist on BBC R4’s Kitchen Cabinet, has written for the Telegraph, the Guardian, the Times and the Sun and worked at Bain & Company where he met John.

John did business trouble-shooting at Bain & Company, has created dance events with innocent drinks founder Richard Reed and has led the turnaround of various brands.  If it can be improved John is your man.  Leon was named after John’s Dad, inspired by his mum’s positivity and the “Sunshine that radiates from every LEON team member”

In 2013 Henry and John produced the School Food Plan, where school menus were given their biggest healthy overhaul in generations and due to their combined successes both Henry and John were awarded an MBE in 2015 for services to school food. 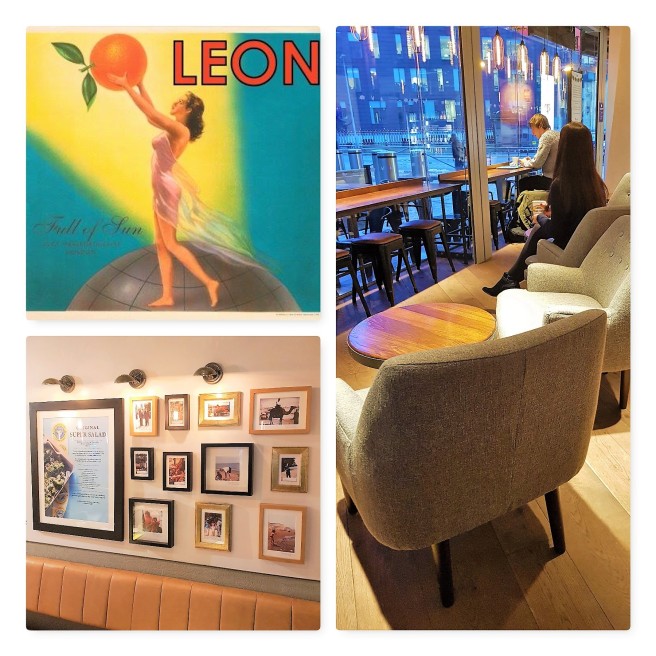 END_OF_DOCUMENT_TOKEN_TO_BE_REPLACED

Tina Gloggengieser, from Aarhus in Denmark, now living in Brighton, is a keen tea enthusiast and creator of the sensational Hoogly tea range.  Hoogly is the pronunciation of ‘hyggelig’.  ‘Hygge’ is all about the Danish way of life and having a feeling of well-being and warmth the whole year round. 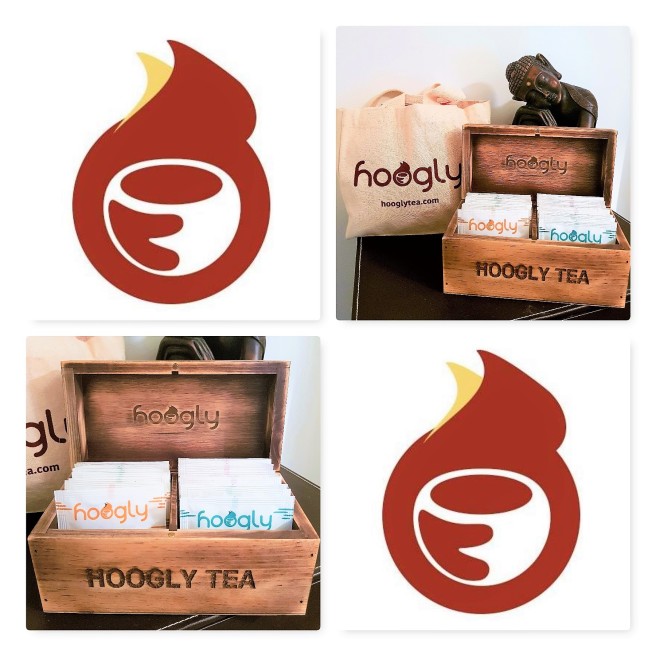 END_OF_DOCUMENT_TOKEN_TO_BE_REPLACED

Camilla Woolgar, followed her dream and inspirations to help people feel better about themselves.  The idea around the journal is, that it can be used as a tool, when anxiety, low mood, stress and low confidence strikes, to motivate and bring back a little happiness into your life.

Speaking from experience, Camilla has previously suffered from both anxiety and depression during which time she found that writing notes which recall positive memories helped her throughout.  However, in a time or turmoil, without aids or prompts, digging deep into the memory for positive memories can be an uphill struggle.  This is where the Mood Booster Journal was born and along with her graphic design skills and influence from her native Denmark Camilla created a minimalist yet creative Journal with a simplistic but functional purpose.

END_OF_DOCUMENT_TOKEN_TO_BE_REPLACED

Big balls of Brilliance – aka the Nutri-Bombz brand was founded by the current Director.  His own personal journey of exploration, identified a gap in the market, highlighting the difficulty of finding true healthy snacks that delivered in terms of quality, texture, flavour and nutritional content.

END_OF_DOCUMENT_TOKEN_TO_BE_REPLACED

Light up your New Year with Gingersnap Product Review: January 2018

After rejoicing generally January is a time for reflection, so light up your life literally with some fab home lightning by Gingersnap.

The classic contemporary A5 brilliant black shell original lightbox includes 85 black letters, number and symbols, which allows you to create cute cinematic style message boards with a burst of light.  Illuminate and smile*

END_OF_DOCUMENT_TOKEN_TO_BE_REPLACED

Merry Christmas to all the brilliant bloggers, followers and all the amazing brands that I have worked with.

I hope you all receive the most perfect pressies, but more importantly enjoy a lovely day with friends, family, pets.

Company Founders and Friends, Kate and Louise both shared an important ethos that they at least attempt to make a home baked cake for their children’s birthdays.

With 5 children between them and the mix of motherhood and manic life’s this was no easy task.  Craft & Crumb was created to take away the stress and bring a burst of fun into home cake baking. 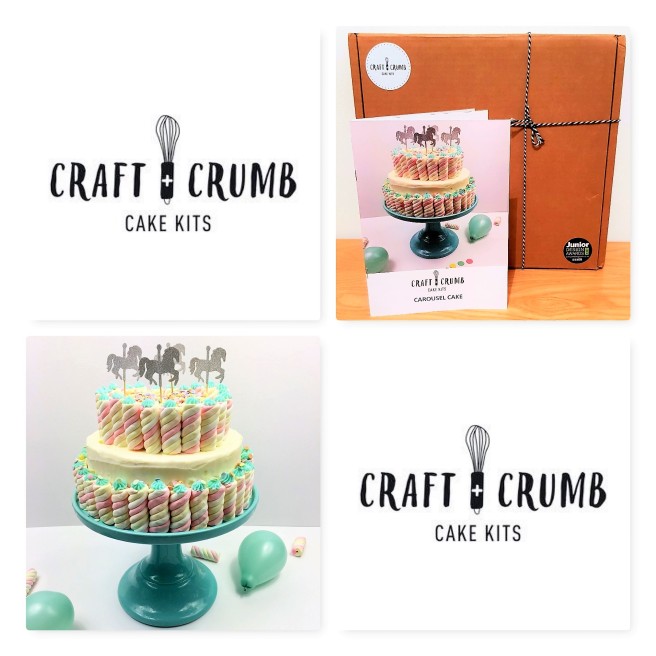 END_OF_DOCUMENT_TOKEN_TO_BE_REPLACED

Founded in 2013 by the lovely husband & wife team, Jym and Marie Harris, lovers of all things gin wanted to create events all across the UK where industry experts along with brands and distillers could educate people and provide the opportunity to learn about a range of quality fine gins and of course sample a few.

END_OF_DOCUMENT_TOKEN_TO_BE_REPLACED

Exciting News…I am a finalist for the Food & Drink category in the UK Blog Awards 2018.

The next stage of the process is the PUBLIC VOTE, which begins today!  Everyone’s support and positive feedback has already been amazing and is much appreciated.  NOW is the time to have your SAY and if you like what you see kindly could you VOTE for ME!

Click the link below, scroll to the bottom of the screen, pop in your name and choose FOOD and DRINK the drop-down menu:

“2014 was the first year in existence for the UK Blog Awards.  The UK Blog Awards recognise a multitude of industry social media talent across the UK.  The Awards are an exciting and uplifting time for the digital industry of Blogging professionals”

Best of luck to all the other entrants 🙂

The Beech Hill Hotel and spa located in an enviable postcode in the heart of Lake Windermere sets the scene for an exquisite atmospheric Cumbrian countryside break. The hotel has evolved over time, with the renovations being sympathetic to the original building to retain both its character and charm.

Warmly welcomed by The Beech Hill Hotel team and shown to our room which was fully appointed with two double beds, a spacious dining area, a snug sofa, a dressing table, a quality hairdryer, a generous tea tray, guest information and Lakes brochure guides, that were cram packed with ideas and suggestions of fun activities.  The hotel is no more than a ten minute drive to Bowness-on-Windermere, a town which is a hive of activity with attractions such as the Beatrix Potter Tea Rooms, Quaint English pubs and boat tours from the banks of Lake Windermere. 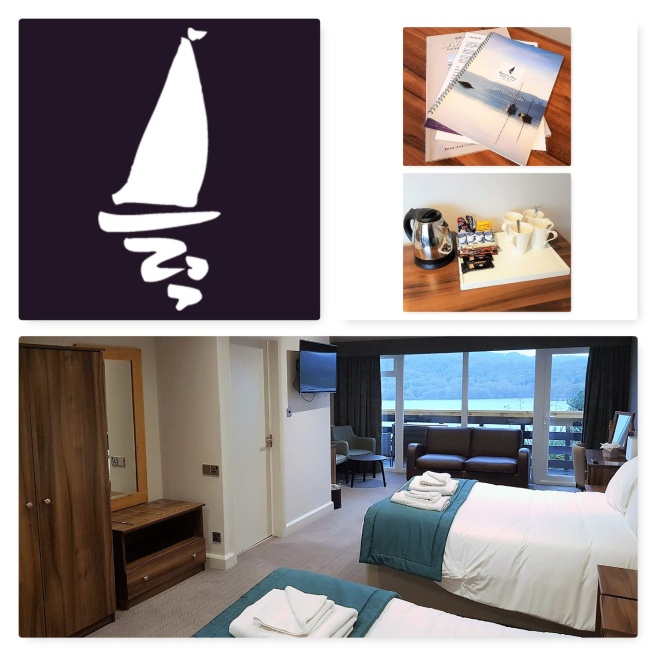